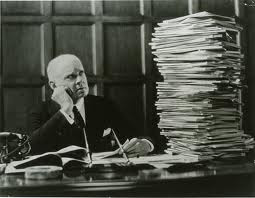 I had some time to breath today and I thought I would sit down and account for where some of my bills are right now:

H.B. 45 - Vehicle Impound Amendments - This bill was heard at the Senate Transportation Committee on Thursday and was moved out of committee with a favorable recommendation for a vote on the Senate Floor next week.  I anticipate it will pass without incident and be signed by the governor in March to become law.

H.B. 63 - Left Hand Turn Penalty and Sentencing - we held our committee meeting on this bill on Tuesday this week.  A.B.A.T.E. came and supported us as well as Ron Brown who shared testimony about the passing of his son in a tragic accident.  You can listen to our presentation HERE.  We made a compelling case for enhancing the penalty when a death results in left hand turn accidents.  However, the committee felt that increasing penalties was too punative and inconsistent so decided to hold our bill pending revisions.  In my interviews with committee members after the meeting, it became apparent our bill could not move forward even with revisions.  Basically, an overall shift in penalty policy is too big to be dealt with in this narrowly focused bill.  In other words, our little bill was trying to move a mountain with a shovel.  After discussing the issue with my constituents, we decided to let the bill die this year while we petitioned Legislative Research for an interim study on the subject.  Our hope is that the research from other states will show that increased fines do cause an effective decrease in the number of deaths. With Legislative Research's credibility behind the study, and if the findings are favorable, it will lay the ground for a paradigm shift on how we fine motorists who cause death and bodily injury.  We will see how the study goes and try again next year based on what we find.

H.B. 48 - Fingerprints of Juveniles - This has been a very interesting bill to run.  I presented before the Judiciary committee and you can listen to that meeting HERE.  There is a "saunter" portion while paperwork was being found so fast forward through that part.  I had great testimony from Paul Rimmasch with Weber County Metro CSI and also some support from Rod Gordon on the Commission on Criminal and Juvinile Justice.  The committee liked the intent of the bill.  The problem was that whoever wrote this section of code prior to my arrival did a poor job and left lots of open doors for mischief to occur.  The committee demanded that I fix the rest of the pre-existing language in the bill to their satisfaction.  I will be working on that on Monday and hopefully have that back to their committee for approval next week.

S.B. - 60 Utah Pilot Accountability Permit Program - This bill is getting lots of local attention with national media outlets likely reporting on this legislation next week.  This bill will be entering a Senate committee soon for a hearing.  Most likely that will happen next week sometime.  From there, if approved, it will be voted on the Senate Floor and then heard in a committee on the House side for an ultimate approval and then a vote on the House floor.
Posted by Jeremy Peterson at 1:05 PM