I was invited recently to speak to American Bikers Aiming Toward Education at D&R Spirits this last Sunday.  Unfortunately, due to ecclesiastical obligations, I was unable to attend the meeting.  However, I did write a letter in my absence:

To the Distinguished Members of American Bikers Aiming Toward Education:

Thank you for your interest in my campaign and for the invitation to speak to you as a group.  I hope you can forgive my absence as I attend to duties today which prevent my presence.
In the end, you may be grateful that I wrote a letter rather than show up in person.  I have spared you from having to listen to one more long-winded self-promoting politician.

On a serious note, I do look forward to speaking to you individually and listening to your concerns.  As a conservative minded candidate, I believe that society is best served when government allows individuals the freedom to make decisions for themselves.  This includes the freedom to ride with or without a bike helmet.  Also, I believe that people make the best decisions when they are properly educated.  If we teach correct guiding principles, people will govern themselves.

I hope that you can support me as the effective, responsive, and enthusiastic alternative in this years House race.  I look forward to hearing from you.

I have included my contact information below for anyone who needs it.

Posted by Jeremy Peterson at 9:09 PM No comments: 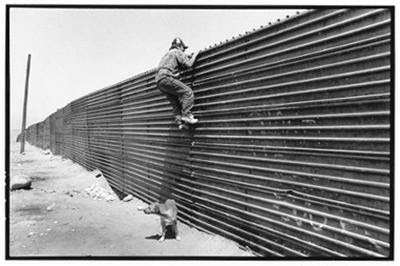 With Arizona's new law taking affect next month and now Utah's elected officials talking about enacting a similar law, I thought it would be timely to articulate my position on illegal immigration.

It is unfair to legal immigrants who come here to work to have to compete with an unlimited supply of illegal immigrants for work and wages.  Economics 101 tells us that supply and demand dictate price.  When supply increases and demand remains the same, prices go down.  This is what immigrants of all varieties are experiencing due to the massive influx of undocumented workers.  They are competing for their livelihoods and depressing wages.

Many, if not most, illegal immigrants do not carry a personal health insurance policy nor do they have the cash to pay for services up front. Our hospitals typically will not deny emergency services to anyone who is uninsured or poor.  Thus, the cost for caring for the uninsured is unfairly placed on the shoulders of the hospital and insurance companies who pass that expense along to its policy holders or paying users...you and I.

There is a movement among schools to make the school a hub of the community.  You find in many suburban settings that this works well as people will often spend decades in a neighborhood to raise their children and send those kids to one school.  This tends to build cohesion between teachers and parents and builds a partnership that is in the best interest of the children.  In contrast, the illegal immigrant population is very mobile.  In Ogden City schools, student mobility is 30% annually!  This movement disturbs the partnerships that take time to create between parents and teachers.  This mobility is often traumatizing to a student's education and brings test scores down accordingly.  Thus, the school system (and ultimately society at large) is unfairly burdened by the frequent movements of those in the illegal immigrant community.

So here we have illustrated just a few of the issues that are negatively affecting our state.  The next question is how to we solve this problem?

It seems to me that the immigration issue is mostly a pocketbook issue for those coming here.  They want to work and therefore they go where work is to be had.  The pay is better than their home countries and those working can afford to send a large portion of their paycheck home to family out of the country.  In fact, money transfers from the U.S. to Mexico is the 2nd largest revenue generator for Mexico's national income!  Oil production is 1st by the way.  That shows the huge impact that this immigration inflow is having and the huge incentives that countries like Mexico have to export their working poor to our communities.  My proposal to solve this problem would be to mandate checks on proof of citizenship at all money wire facilities.  This would accomplish two things:

1.  It would keep the money earned here by illegal immigrants in the local economy.
2.  Those seeking employment for the purpose of exporting their income abroad will have a huge disincentive to move to Utah.

I also would advocate the end of welfare benefits for non-citizen residents.  These two ideas, in my opinion, remove the incentives for illegal immigrants to move here. Given such, the immigrants will ultimately "self deport" to their native lands and save the taxpayer the burden of paying for expensive law enforcement initiatives.  It also is less controversial than "rounding people up" and jailing them prior to deportation.  I believe that by removing the incentives, the problem will solve itself.


Immigration is a very complicated issue and this post just touches on a few caveats of the dilemma.  I will post more later as the debate unfolds this election season.
Posted by Jeremy Peterson at 10:42 PM No comments: