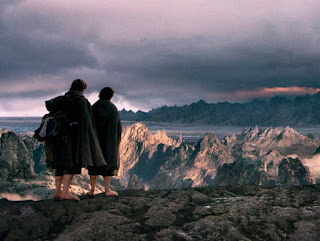 It was interesting to watch the latest iteration in the Utah GOP's struggle to find itself as the party's State Central Committee met last week to wrestle over the fate of its current lawsuit against the state over SB54.

The Salt Lake Tribune recently reported on the meeting.

For those of you just tuning in, here is a brief recap of what's going on:

However, within (and without) the party are critics who claim that the Republican delegates elected are far too conservative or ideological.  These moderate forces complain that the delegates then choose candidates who don't represent the public at large.  They cite the Harrod/Curtis dust up in the recent Congressional District 3 race as a prime example.

Within the moderate Republican crowd is a group of subversives known as County My Vote.  This group has sought to eliminate the Caucus/Convention system entirely and replace it with access to the ballot via signature gathering.  This system essentially favors well funded candidates by default since it takes so much money to campaign successfully in such a system.

County My Vote threatened to obliterate the Caucus Convention System in 2014 and so to avoid that the Legislature created a "dual" path to the ballot that accommodated signature gathering while preserving the CC system.  The Utah Republican Party did not like that compromise and sued the state.  The party spent $300,000 of money it did not have to push the lawsuit.  A final appeal to the suit is due in court in a couple weeks from today.  Meanwhile CMV is rattling sabers again threatening to blow CC out of the water with another ballot initiative.  At last week's meeting, the State Central Committee failed to take a vote as the meeting ended in deadlock between moderates and stalwart Republicans. 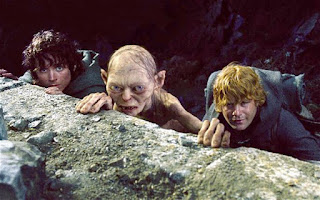 This whole scene reminds me of Frodo's quest to destroy the ring of power in the film Lord of the Rings.  For a long time, the Utah Republican Party has had exclusive power to decide upon its candidates.  This ultimate power (the ring) has slowly distorted the party over time.  Like Smeagol, who spent too much time isolated and alone with the ring and transmogrified into Gollum, this exclusive possession has imbued party enthusiasts with a potentially lethal lack of self-awareness. That, in turn, has blinded them to the forces that prove to be a looming existential threat.

In the film, Frodo and his hobbit pals recognize that the ring in its current form has too much power.  It is jealously desired by Sauron and his legion of Orc goons.  Meanwhile, Gollum is loath to let the ring out of his own grasp and lashes out at Frodo and crew in exasperation.

The uneasy partnership between Frodo and Gollum is unpleasantly resolved in the end of the film. The uneasy alliance between moderate republicans and their tunnel-visioned counterparts may have a similar ending.  While die-hard republicans fix their gaze on "precious", CMV threatens to unleash their army of signature gathering orcs to annihilate all of them.

How will this end?  The path is long and wrought with peril. It may be that the forces of Mount Doom prevail and make Utah politics an exclusive realm of the moneyed interests.  I certainly hope not.  But Frodo and his hobbit kin of moderate Caucus/Convention supporting Republicans need to stand up and speak up if they are to raise the alarm and successfully navigate the pitfalls that are to come.