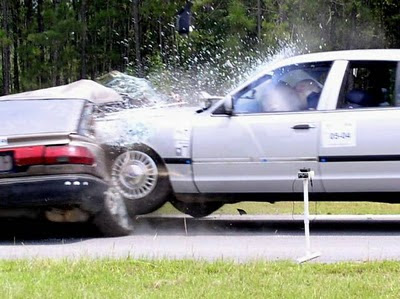 You can read this proposed bill HERE.  (Underlined text is the new language.)

This is another constituent based bill that is designed to increase the penalty for those who kill someone while making a left hand turn.

In August of this year, Kenneth Cox, age 64, was driving on 1900 W near 2700 N. in Weber County.  He was on his motorcycle while wearing his helmet. In the opposite direction was traveling a young female driver who was having a heated argument with her boyfriend.  The female driver crossed a double yellow line attempting to make a left hand turn while crossing into oncoming traffic. Mr. Cox hit her car traveling at 55MPH.  He had so little time to react that he was unable to engage his breaks.  Mr. Cox died almost immediately from his injuries.  The female driver, as it turns out, had no driver's license and no insurance.
...
On April 7, 2010, Zach Brown was traveling on 1900 W. in Weber County on his motorcycle while wearing a helmet.  A female driver headed in the opposite direction attempted to turn left onto Midland Drive while crossing oncoming traffic.  Zach hit her vehicle while traveling at 45MPH.  He had no time to react could not hit his brakes.  His body was crushed and he died from his injuries the following day.  The female driver was licensed and had high-risk insurance.

These may seem like extreme cases but what makes these situations even more outrageous is that the drivers each received just a $90 ticket for failure to yield to oncoming traffic.  Based in these cases, my constituents asked that the law be amended to address this discrepancy and help all drivers make wiser decisions when making left hand turns.

To do this, the bill addresses the penalty by doing the following for those who kill another person when a left hand turn is involved:

1.  Increases the fine to $500.
2.  Requires a 30 day suspension of license.
3.  Grants the courts the discretion to suspend a license for up to six months based upon the circumstances of the case.

Hopefully, these measures will adjust the risk-reward ratio and enhance driver safety on our roads.  No dollar amount can compensate for the loss of a loved one, however, perhaps a change in statute can encourage us to drive more defensively and save lives.
Posted by Jeremy Peterson at 11:19 AM