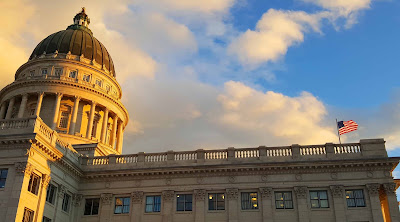 Week 6 saw the Legislature enter its traditional logjam as bills streamed out of committee en masse and landing on the Floor reading calendars.  The committee agendas this week were typically followed in ad lib fashion as bill sponsors were double or triple booked trying to present all of their bill files to multiple committees during the same hour block.  Nevertheless, we survived.  The week also saw some interesting and important events. 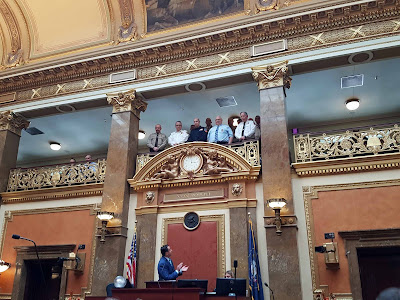 We started off the week honoring our firefighters. 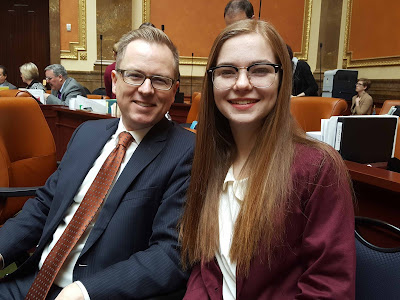 My oldest daughter Hannah spent the day with me on the Hill.  She had a great time and really enjoyed herself. 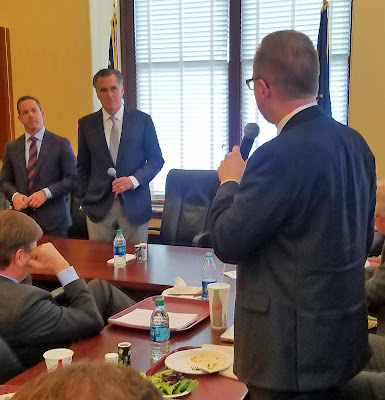 Mitt Romney paid us a visit.  I had the opportunity to ask him about his views on the Administration's criticisms of NAFTA and the potential for trade wars.  Given the announcement from the White House of steel and aluminum tariffs a couple days later, my question was prescient. 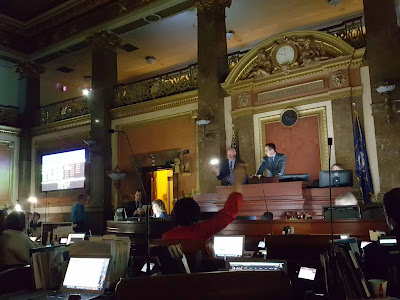 We worked till after 10pm on Tuesday debating bills.  We worked so late that the lights automatically turned off. 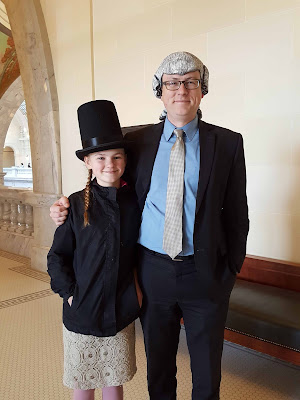 My third oldest daughter, Sophie,  spent the day with me at the Capitol.  She brought a fake powered wig and waited all day for me to pull the Abraham Lincoln hat out of my props closet (yes, my office has one of those) and get this photo taken. 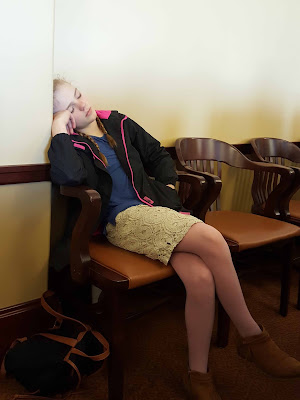 Before that, she did what most of us in our committee meetings really want to do. 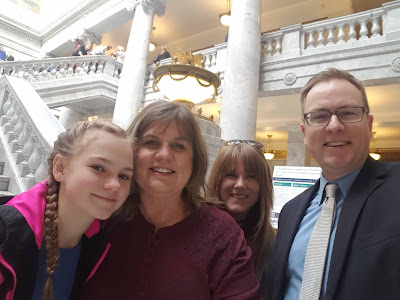 My mom, sister, and daughter spent some time with me as well.  Then they headed downtown to do some shopping. 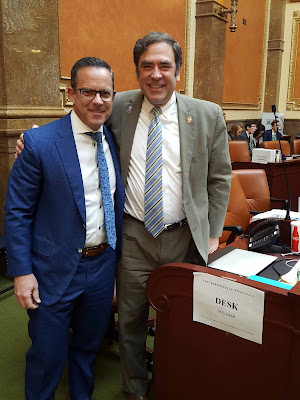 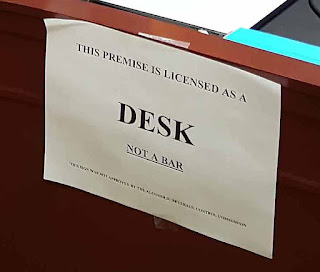 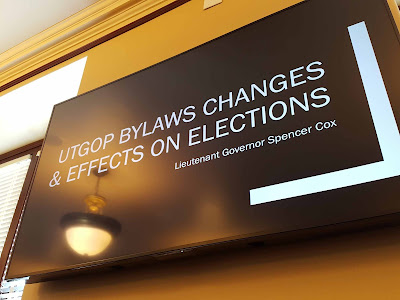 The State Central Committee of the Utah Republican Party took actions that inadvertently threaten to sabotage the elections this year.  It was a wild meeting that devolved into disorder and chaos and culminated in the adoption of bylaws that, ironically, would obliterate the caucus/convention system that the SCC is trying to protect. 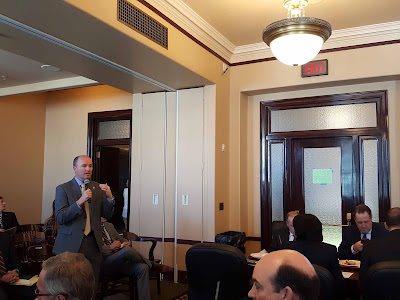 Lt. Gov. Spencer Cox gave us a frank and honest legal briefing on the matter.  The bottom line?  Republicans should be terrified.

Here is a video that is the perfect metaphor for results of the SCC meeting.  The 51 people that voted for the bylaw change have set off a thermonuclear reaction that is far more dangerous than anticipated..

"This incident pushed the dangers of fallout from nuclear weapons (i.e. SCC meetings) clearly into the public mind." 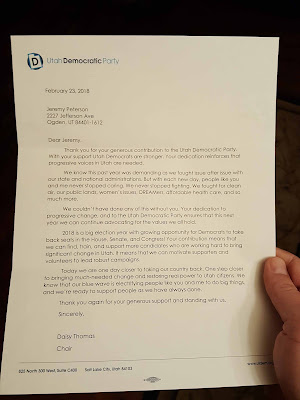 The Democratic party sent me a thank you letter for donating to their party...even though I didn't. 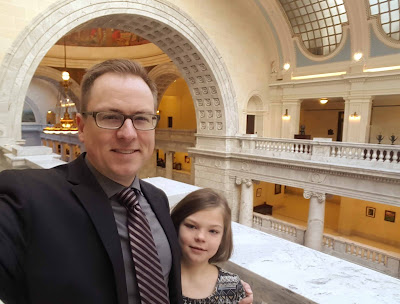 My youngest daughter, Esther, spent the day with me at Capitol Hill. 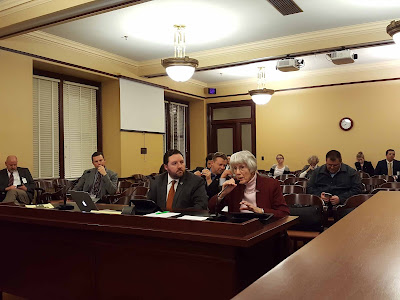 We debated and passed out a Medicaid Expansion bill that would leverage the State money already going into the program to cover more people with the addition of Federal dollars. The program would require a Federal waiver. If the wavier is not granted, nothing changes.  If it is granted and the bill implemented, the bill would terminate the program if the Federal Government made any changes to their contribution to the program.  The program also has work requirements and other common sense provisions unavailable in previous Medicaid expansion proposals.

Mr. Peterson's Bills
HB20 - Political Acitivies and Elections - This bill has been signed by the Governor.
HB80 - Child Placement Amendments - This bill is tabled on the Senate 3nd Reading Calendar and should be funded.
HB110 - Lobbyist Licencing Amendments - This bill passed passed the House Floor and was heard by Senate Committee.  It passed out of both bodies.
HB126 - Offender Housing Amendments -   This bill's funding was caught in the crossfire of House and Senate negotiations.  We are looking for any funding mechanism we can find at this point.  If not, we will pass the bill with no appropriation and have the blueprint in the books for future funding.
HB193 - National Popular Vote Interstate Compact - This bill will return to rules committee and expire.  Our committee vote count was never sufficient enough to bring it up for discussion and pass.  I am still convinced it is a sound policy proposal despite the vitriolic emails and phone calls I received from the misinformed.
HB270 - Teacher Employment Amendments - This bill passed the Senate and is being enrolled.  It goes to the Governor's desk for a signature.
HB384 - Trust Deeds and Statute of Limitations - This bill fizzled out this week.  We had another round table with the banks and credit unions and our second draft of the bill created more complications than expected.  This issue will be discussed over the summer and another bill brought back in 2019.

Posted by Jeremy Peterson at 7:48 AM