Week 5 was short but punchy.  We came back from President's Day to a 3rd Reading Calendar chuck full of bills to debate. 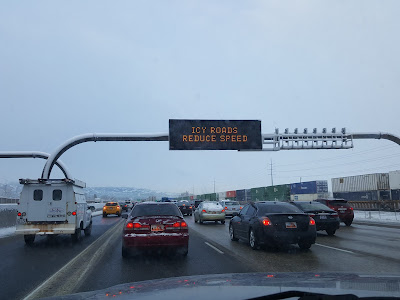 But, before we debate any bills, we have to brave the morning commute to the Capitol.  NOTE: In order to "reduce speed", you must have speed to begin with. 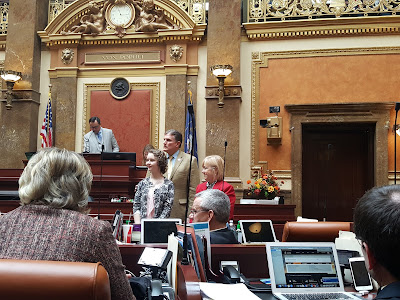 We had a heart wrenching recognition on the House Floor of Deserea Turner.  She is a shooting survivor who was left for dead by two classmates in Logan last year.  Her  head wound has left her physically impaired and has caused some mental impairment.  But she is improving.  She is a strong girl. 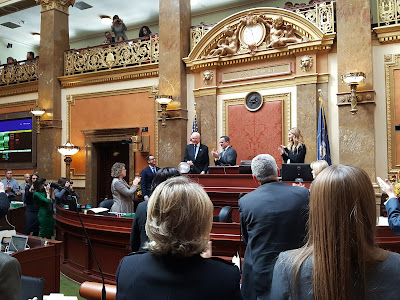 We recognized Orin Hatch on the House Floor and declared February 21st as Orin Hatch Day.  To celebrate this new holiday, we all dressed up like politicians. 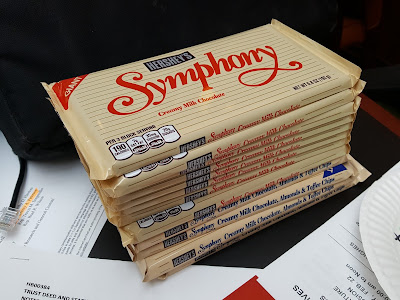 The Legislature's love/hate relationship with premium creamy chocolate continues as we restock with consolation prizes to hand legislators after their bills fail.  For example... 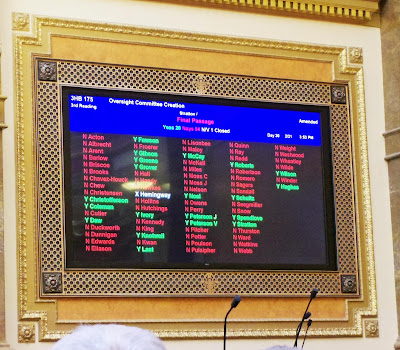 Our Oversight Committee proposal was panned by the Utah League of Cities and Towns who effectively lobbied a majority of representatives to stick a knife in the bill.  The bill has since had the knife pulled out of its heart and is being resuscitated after the city provisions are amputated from the bill language. 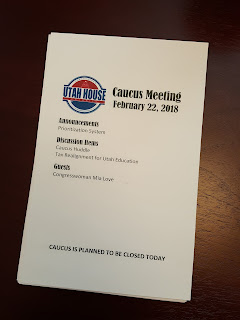 We had a serious discussion about tax reform for the state.  There are four major bills on their way through the Legislature that realign our tax structure.  Combined, they would decrease taxes while shifting some of the tax burden more evenly from one source to others. Two of the bills increase taxes and two of them decrease taxes if passed alone. However, we took no position as a body on the combined package and will be debating each of the bills on their merits. This scenario could prove to be an explosion of excitement as we near the end of the Session. 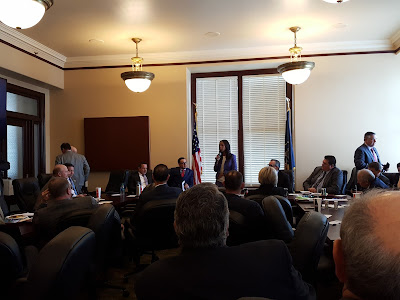 Congresswoman Mia Love paid us a visit.  She candidly shared her feelings about President Trump while Speaker Hughes simultaneously offered us his best poker face. 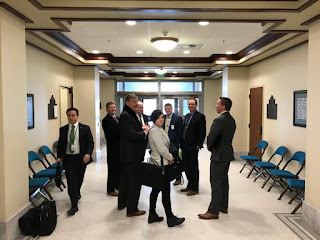 I presented HB384 at committee which deals with preventing predatory foreclosures on orphaned 2nd mortgages left over from the Great Recession.  The committee hearing was heated.  You can listen to the presentation HERE.  Afterword, we gathered with the Credit Union Association, the Bankers Association, and Lundberg and Associates to forge a path forward.  After about 3 hours of discussion we found a way that would appease all parties involved. 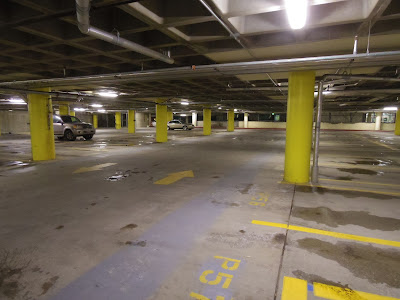 You know its been a long day at work when you are almost the last guy to leave.


Quote of the Week

"I hope this bill dies in the Senate."

- Rep. Francis Gibson speaking about his own bill

HB20 - Political Acitivies and Elections - This bill is sitting on the Governor's desk.

HB110 - Lobbyist Licencing Amendments - This bill passed committee this week on a 6-3 vote and is scheduled to be heard on the House Floor.

HB384 - Trust Deeds and Statute of Limitations - This bill, despite the heated discussion, was passed out of committee and sits on the House 3rd Reading Calendar.  In an unusual move, the committee opted to move it forward trusting that we would collaborate with stakeholders to come to a consensus solution.  That process has occurred and the bill is being redrafted.  A substitute bill is forthcoming for stakeholders to review.

Posted by Jeremy Peterson at 9:29 AM