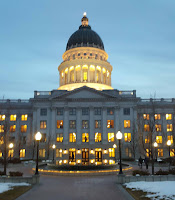 Week seven took us to the finish line on state business for the year. 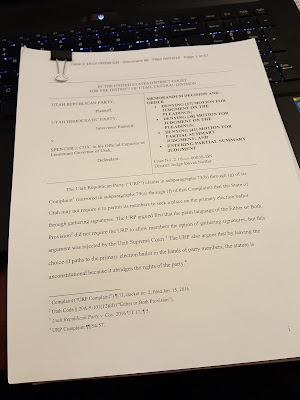 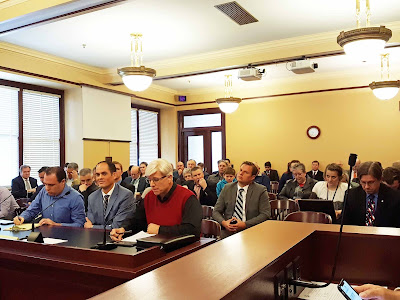 Our week started out with contention regarding the Utah GOP Central Committee bylaws.  Our committee voted on HB485 to guarantee candidates a place on the ballot this election cycle.  A companion bill HB338 also was written.  Both bills passed the House and died in the Senate without a hearing on the floor.  The question of the Republican party's status now rests in the hands of a judge.  It will be an interesting election year! 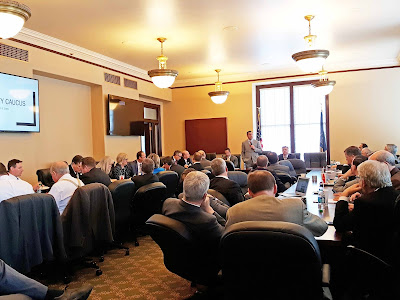 The Legislature also tried to stem damage from a potential $700M tax increase from the Our Schools Now initiative.  The initiative threatened to destabilize Utah's balanced tax structure by mandating higher taxes on income. In a compromise, the legislature agreed to a much smaller property tax increase while also passing legislation to reduce the income tax.  The compromise also calls for a question to be placed on the ballot to ask citizens if they would tolerate a 10-cent increase in gas taxes. 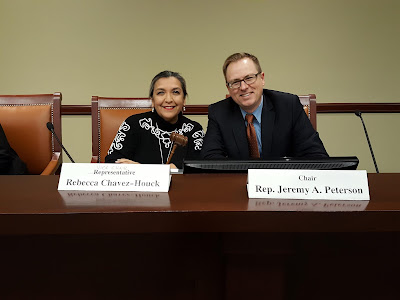 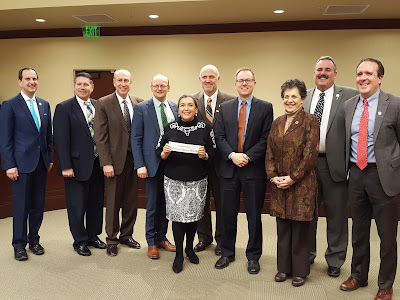 My Democratic colleague Rebecca Chavez-Houck announced last year she was leaving the Legislature.  Since she is in the minority party she hasn't had a chance to chair a standing committee.  So, I handed the gavel to her and let her steer our final committee meeting for the year. 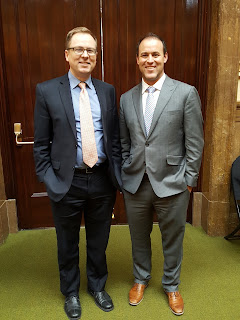 Rep. Mike Shultz and I on the House Floor. 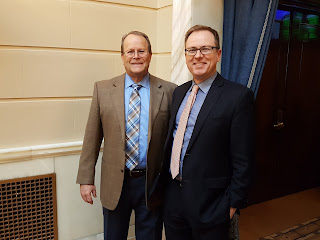 Senator Greg Buxton and I on the Senate Floor. 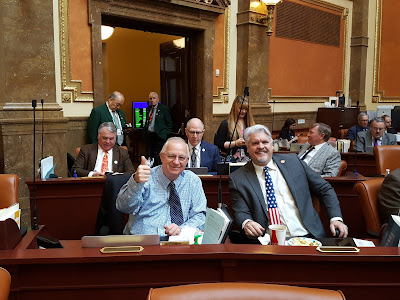 Reps. Carl Albrecht and Kelly Miles on the House Floor. 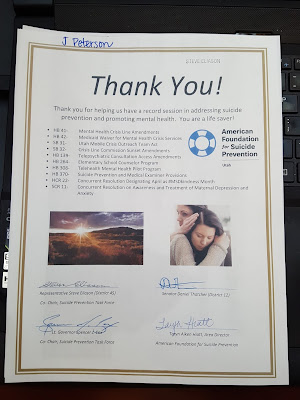 We find that the press sometimes doesn't like to report all the good things the Legislature does.  Good news doesn't sell apparently.  But, the truth is we achieved a lot this year on suicide prevention and opiate issues. 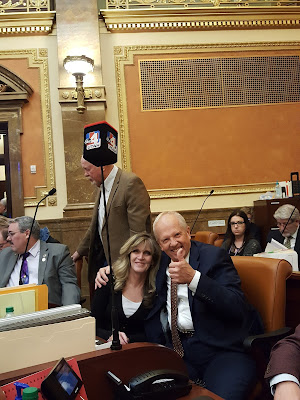 Rep. Mike Noel and his wife hang out on the House Floor during the final night.  Mike just announced his retirement.  He has been a strong voice on the Floor since I have been at the Capitol. 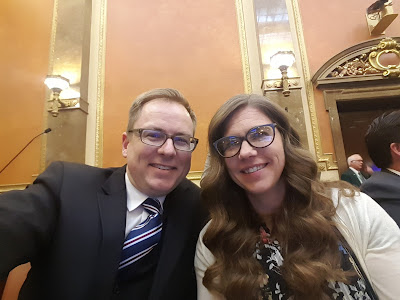 My sweetheart came to spend the final night with me. 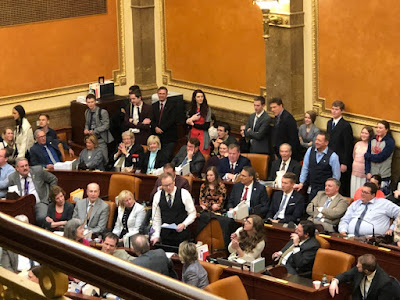 Here I am at 1:30am announcing my retirement.

HB20 - Political Activities and Elections - This bill was a technical clean up bill which passed and the Governor has signed into law.

HB80 - Child Placement Amendments - The third time IS the charm.  After passing this bill two years in a row unanimously only to see the bill go unfunded ($59,000), we passed it this year AND funded it.

HB110 - Lobbyist Licensing Amendments - A lot of ink was used reporting on the effort to provide workplace harassment training for lobbyists as a condition of licensing.  I spent hours in meetings negotiating with the lobbyist camp and running interference between them and our legal staff who were trying to craft effective language that was not to onerous.  Yet, in the end, this bill died in the Senate without a debate on the floor due to a lack of time.  The hilarious irony is that late in the Session I submitted an amendment to HJR16 which incorporates this same training idea for the media and that bill passed!  So, lobbyists don't take the training for now yet the press will start doing so next year.

HB126 - Offender Housing Amendments - This bill was drama from start to finish.  At first, I had to overcome some significant disagreements between me and the Department of Corrections.  Once we overcame that obstacle, getting the bill written correctly proved a challenge.  Later, House Leadership tangled with Senate Leadership and the program was unfunded with dozens of other programs falling to the same fate.  In the end, we pulled the funding provision from the bill but kept the policy directive in place for future construction of new community correctional centers.  Unfortunately, the way that was drafted created confusion between leadership and the fiscal analysts who each had their own ideas on how the funding mechanisms were interpreted.  We got a last minute amendment in place the afternoon of the final day of the Session and the bill passed and now sits on the Governor's desk awaiting a signature.  Future legislatures will fund the initiative.  As it's funded, we will see significant changes across the state in how our inmates are reintegrated back into society.

HB270 - Teacher Employment Amendments - This bill sailed through the House and Senate and sits on the Governor's desk awaiting a signature.

HB384 - Trust Deeds and Statutes of Limitations - I spent many hours in meetings with the Bankers Association, Chase, Wells Fargo, the Credit Union Association and others trying to get this bill right.  Unfortunately, we ran out of time.  I will pass this issue on to another colleague to work on over the interim for next session.  Clarifying Utah's statute of limitations for foreclosing on mortgages is an important issue to resolve.

Posted by Jeremy Peterson at 5:01 PM